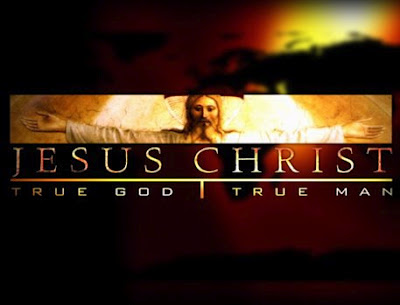 I have heard from many people who think that if God is pure and holy, He cannot become man. If a person is born as a human, he cannot become God because of his inborn sinfulness possesed at birth. But Jesus claimed Himself to be God which no other person on earth could claim legally without being insane or deceitful. Jesus was born 2000 years ago, right. But He said to the Jews who has always boasted about Abraham as their father, saying, "56 "Your father Abraham rejoiced to see My day, and he saw it and was glad.” 57 Then the Jews said to Him, “You are not yet fifty years old, and have You seen Abraham?” 58 Jesus said to them, “Most assuredly, I say to you, before Abraham was, I AM.”" (John 8:56-58). In other words, Abraham the patriarch who died nearly two thousand years before Jesus ever came to the earth, was waiting in the resting place below the earth in the prison for righteous souls which was called after him as "Abraham's Bosom" (Eph 4:8-10; Luke 16:22). Abraham was looking forward for Jesus to come to the earth and die for His sins so that he could be taken back to God's abode of heaven along with all the saints of the Old Testament times in their sin-free glorious supernatural bodies, which really happened after the resurrection of Jesus (Matt 27:52-54). But the Jews were seeing the outward appearance of Jesus and were saying, “You are not yet fifty years old, and have You seen Abraham?” The same thing is still happening in the minds of people all around the world.

What was the missing piece which could solve their jigsaw puzzle and theological dilemma? The virgin birth of Jesus. If man has not been created in the image of God, a God-Man is impossible (Gen 1:26-27). As humans are created in the image of God, we know that we have a spirit component which is taken out of God and breathed in to us at the beginning of human creation. Actually this is "the breath of life" that entered in to the lifeless body which was formed by God through "the dust of the ground" (Gen 2:7). When God blew this uncreated "breath of life" in to man, a living being with a eternal spirit and a conscious soul started to live in the body and this became a living being in the first Adam. But Jesus was a eternal uncreated spirit being from heaven who was taken by the Holy Spirit and was placed inside the womb of Mary and was covered by the human flesh (1 Cor 15:47; Luke 1:35). Only the Creator who created humans could have the choice and power to become one among humans, and Jesus chose to come to save humans in the incarnated avatar (John 10:18). This is the reason God said prophetically about Jesus through the Old Testament prophet Isaiah who wrote, "For unto us a Child is born, unto us a Son is given..." (Isa 9:6). Here is the greatest secret to virgin birth that many do not understand because of their spiritual blindness that has come due to believing worldly philosophies of soulish reasoning. We see from the above verse that only the Child was born, but inside the child was the "Eternal spirit" of the God who claimed to the Jews as the "I AM" (Exo 3:14; 6:2) resided in it. The uncreated "Eternal spirit" of Jesus was not born but was given from heaven as He is the Son of God (Pro 30:4). Just because we say Jesus as the Son of God doesn't mean that He has been created by God, God has revealed Trinity to human minds through revealing the heavenly truth of "One God Three in Person" through antrophomorphic human language. In other words, the very phrase "the Father and the Son" is not their exact name in heirarchy as God cannot change and have no subordinates to create, but it was given to us in human phraseology so that we could believe the real God who claims it and be saved (1 John 5:9-13). As the eternal infinite God is one in essence of their Character but three in person (Deut 6:4; Isa 48:16), to our finite minds which works based on information gathered from finite space and time, God's eternal truth of mystery is revealed only progressively through relating and having relationship with God.

Jesus is a mystery to the unbeliever because he cannot understand the spiritual truth of God preparing a body for Jesus and indwelling in it to do the perfect will of God on behalf of us and die for our sins (Heb 10:5-7). Not even for a split second Jesus ceased to be God on earth, this is why the word of God says that He the God who created the Jews and rescued them from the slavery of Egypt came to His people but they did not receive Him (John 1:11; Matt 23:37-39). Jesus the Christ when He was on earth, chose not to use His Divine power because of the pact He made with the God the Father in exchange for forgiveness of the sins of all humans, which was actually made before He took the human form of a bondslave of God (John 8:24; 1 Peter 1:20; Rev 13:8). Even though He was God and could have broken the pact without it affecting Himself one bit, He chose to act as God's bond servant for us so that we could be saved from sin and enter heaven to be with God forever (Php 2:6-8). Satan tempted Jesus in the wilderness to act independently with His own power apart from the will of God, so that this pact could be broken and we humans could be lost forever as a result of it (Matt 4:3, 6, 9). When Jesus was on earth, He was named "Immanuel" which is translated "God with us." (Matt 1:23), so God doesn't have to prove that He is the Son of God (Pro 30:4). Jesus was the "I Will Be What I Will Be" (Exo 3:14), the ever existing, unchanging and eternal Son of God in the flesh. JESUS IS THE ONLY PERSON WHO WAS EVER BORN ON EARTH TO BE 100% HUMAN AND 100% GOD. The true God-man on earth because of the virgin birth. The devil attacks this truth of Jesus' virgin birth so much through man made philosophies and demonic doubts in order to diminish the power of the truth of God's word which saves people from their sins. If a person cannot believe JESUS to be the true God because He is Man at the same time, he cannot be saved from sins. The next time any person creates a doubt regarding this, say in JESUS name I resist this lie because Jesus who is God became a man to save me from my sins (Matt 1:21). I bet the devil will flee before you finish that sentence fully. Praise the Lord!