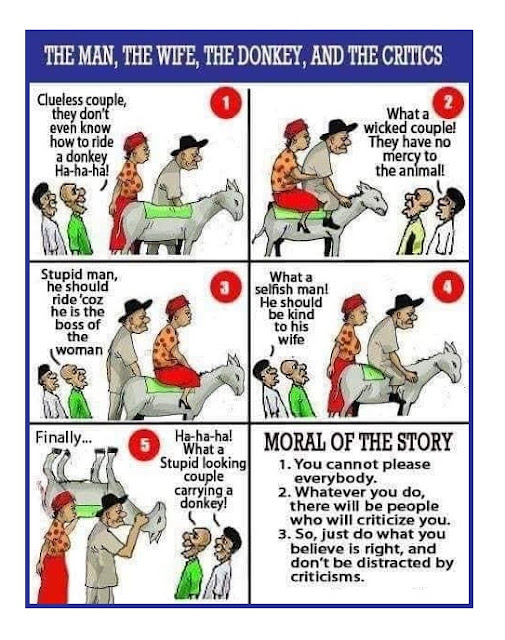 Å℘◎﹩☂øł☤ḉ ℚυ◎тℯṧ :
"You can please some people some times, but you cannot please all people at all times. I would suggest you to take a better option to excel than all this, if you would set your eyes always to please God, not only people will be pleased because of God's heavenly blessing of wisdom and grace flowing through you like a river that blesses them all, but also even your enemies will be at peace with you to make sure that they do not cross your line because of knowing that sooner or later God is going to cross their line because of their past experience in trespassing in to your private territory. Glory to God!" — Abraham Israel

"Leaders are used by God in the Kingdom of God not because they are strong in themselves, but rather because they are weak and that they are broken by God hopelessly to a safe place where they need the Lord's help to depend on Him moment by moment to carry on their mission for Him successfully and fight the fight of faith to finish their course gloriously for the Glory of God. Because of this reason, God breaks them, remakes them, and breaks them again and again helplessly to make them to depend on Him continuously through His relentless work in them, so that by the end of it all, He favors them with extraordinary grace to carry on in His mission to feed the sheep of His people with compassion and grace to lead them all to make them become eternal excellence for His Glory. God anoints the leaders in a special way and appoints them, and requires of them a very high output of being a blessing more than others saints around them. For every mistake a leader makes, more mercy God shows to them and a stricter judgment God supplies to them when they continually err in their life and living. So understand the leaders call and demand, show them more mercy and love, submit to them willingly as to the Lord whose faith follow you who follow them, considering the outcome of their conduct so that they may joyfully do the work which God has called them to do. But remember, when you do not fear to restrain yourself from talking ill of them by backbiting, slandering, deceiving them to expose their weaknesses and sins to divide the people of God, God's hand of judgment will come upon you and your family in the same scale He uses to measure the leader's life, but without the grace he enjoys as you have put yourself in the seat of a judge to judge them without mercy, instead of allowing the Lord to judge them in His place and time. So touch not the anointed, because the Lord touches not those who touch not the anointed before His appointed time of judgment. To those who show mercy, will find mercy in their lives too! So learn to be merciful especially to leaders in the Kingdom of God without becoming critical and judgmental toward them, because our Master Jesus Christ is seeing their lives more closely than others in scrutiny!" — Abraham Israel

"Holy Spirit is not a emergency standby to us, but rather a stand by for us to meet all areas of needs and wants of this life, and in the life to come for the Glory of God! Without the works and activities of the Holy Spirit done in cooperation with Him, it is impossible to live the Christian life that pleases God and be victorious over sin and self and Satan!" — Abraham Israel

"When we are the children of God, God doesn't ask us consultation to design newly a plan day by day by asking what we will do next in order to be more successful and fruitful for His Glory, but know that He has planned our entire life beforehand and executes His plan through our faith. God's plan is always the best, stay in faith and be victorious, fruitful and highly successful and favored by faith in the unchanging plans of God for your life. Faith is God's master key that He provides to all His children, to make them realize that they should use His key in order to unlock all the blessings of heaven which He has planned to give to them for now and for eternity! That is why only faith pleases God. Faith believes not only God is able, but it stays on course to keep believing that God is able to bring His plans to pass in His time, in His will and in His way for His Glory!" — Abraham Israel

"A human can be the poorest of the poor, yet can be the richest of the rich in faith. Riches on earth is no indication of our spirituality, and also being rich doesn't mean a person cannot be spiritual at the same time. By equating asceticism with spirituality is also equally wrong, when the fact of the matter is, where their heart is set, that is where their treasure is, whether in heaven with God by working towards spreading the gospel of God or on earth collecting treasures for themselves and their own family. We cannot love both God and mammon at the same time, we can only choose one and reject the other which will control our thinking and life. It is a wrong human thinking of associating riches with the favor of God in one's life and family which has ruined the lives of many a Christians to live a dead life towards God, and it is never a Biblical thinking of the New Testament times, but rather is a religious thinking which Jesus clearly spoke against to make people understand that being rich or poor has nothing to do with God rather it is sin that caused such imbalance and injustice in the world. The gospel is a sword of God sent to operate the mind of man to restore him from wrong thinking of religiosity, so that he may understand that God now wants all humans to become good stewards of all His riches on earth, as all belongs to God who has given them whether little or much. That is why whether poor or rich, the Lord has told all the saints of the New Testament to seek first the Kingdom of God and His righteous way of living, and all the needs that are needed will be provided to do the will of God and fulfill the destiny that God has for them in His plans and purposes. Jesus is the only one in the whole world who has given a solution to all the injustice of this world, and He will come again with His Church saints to rule the world and demonstrate God's justice to the world for a thousand years time on this same earth. Make sure you are looking forward to the exciting times with God and be a part of the greatest adventure to experience in the days to come by now living for Jesus Christ!" — Abraham Israel

Posted by Abraham Israel I at 8:53 PM No comments: