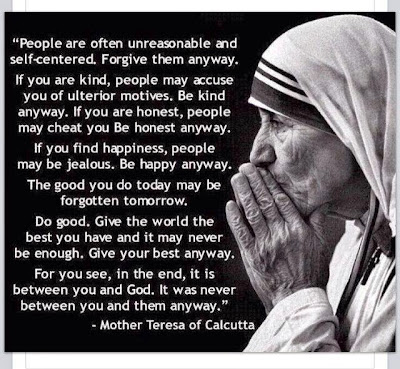 Å℘◎﹩☂øł☤ḉ ℚυ◎тℯṧ :
"If we keep judging people for who they are, we cannot be able to love them for who they can become. Self breaks people's lives while love builds them up!" — Abraham Israel
"When God promises you through His Word that He will cleanse you from all impurities and idols, believe God's promises and keep expecting to become holy not by you trying to do things to become one, but by believing continually the promise of God and rest in it to see the change you want to see in your life, this true holiness needs just your cooperation with God in believing His promises rather than your participation that might make you work and lose the real blessing of God which is God working His holiness in you for His Glory. Rest and believe God's promises to receive the reward, or work and lose the reward of God's promises! Don't try to be holy, just let God work through you, and you will become holy as God expects. The Old Testament way of life is living by trying, the New Testament way of life is living by believing. Don't try, just believe and all things are possible with God!" — Abraham Israel

"Every crisis we face on earth is a clarion call from God to wake us up from our self and look upon the God who has created us for Himself. The earlier we heed His call the better it is for us because God's call ends after a person die on earth physically, and those who have not chosen God and His relationship on earth has loudly declared to God, that by their own conscious choice they do not want Him to run their lives and they want to continue to run themselves without Him for eternity ahead! Hell is not God's torture chamber, but a self choice taken by those who want to reside without God in their lives for eternity ahead to live in it, cause that is the only place where His Presence will never be felt for eternity. Call on the name of the Lord God Jesus now as soon as possible, and be saved for eternity to be in friendship with God!" — Abraham Israel

"Yesterday's strength and achievement done through God's anointing by staying and seeking His face cannot carry us today or bring greatness tomorrow for us. Every day we need a fresh encounter with God to be anointed with fresh oil from heaven to face today with His glorious power and strength which will surely lift us up and keep our tomorrow's in the greatness that God has destined for our lives. Learn to seek God's face continually, consistently and courageously for the Glory of God and you will forever stay fresh and flourishing!" — Abraham Israel

"Jesus did not write an autobiography to make Himself know to others, but the book written about Him by His disciples after His death and resurrection has become the greatest best seller in the history of all ages. Jesus did not train soldiers to create an army, but His army of believers who believe Him until today have become an invincible army of heaven on earth which no kingdom of the earth could destroy since He left for heaven. Jesus denied Himself kingship when people forced to make Him king on earth outside of the will of God, yet today He sits as the KING OF KINGS and LORD OF LORDS over the entire universe which God has put under Him. People around the world has been misled to believe the lie of evolution by some sinister people who wanted to take away the honor of Jesus who created the whole earth as the God who spoke it in to existence, yet their theory of evolution has not been able to stand against the theory of revolution which Jesus life of becoming human depicts, becoming one among us humans for understanding our weakness of sin nature, then carrying it upon Himself through the Cross, then dying on the Cross to forever forgive all our sins once and for all time and finally on the third day rising up to justify us all humans as righteous before God has not just touched people's heart but it has transformed them, so that many who have become new race of humans in Jesus has revolutionized the entire earth for nearly two thousand years after He has left it to reside in heaven. Jesus died so that He could destroy all theory of evolution and establish forever the theory of revolution in the heart of all men who have invited Him in through receiving the good news of the gospel of truth which was given for all humanity to turn from self, sin and Satan to turn towards God and be His friend forever. Jesus lives forever in the heart of His disciples throughout the whole earth because now He is God omnipresent over the entire universe." — Abraham Israel

Posted by Abraham Israel I at 12:13 AM No comments: