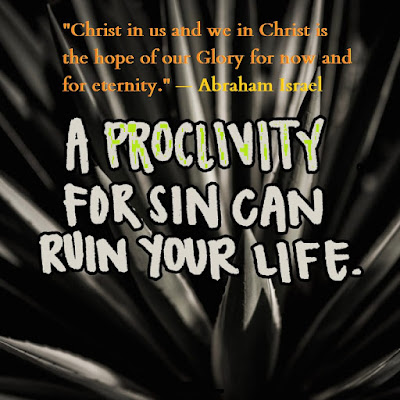 Å℘◎﹩☂øł☤ḉ ℚυ◎тℯṧ :
"Satan feeds you with lust until you crave for it inevitably leading to death of separation from God and straying away from His will. God feeds you with His Love until you start to desire it intensely by yourself in freedom and liberty, leading to holiness of running away from the lure of sin and death, and staying blessed in the will of God and being satisfied with the abundant life of joy, peace and righteousness of the Kingdom of God which rules the earth sovereignly from heaven." — Abraham Israel

"When you take the lonely walk of miles as a pioneer, you are not really alone because you are walking the road with God and in God who is walking with you hand in hand as your friend, encouraging to walk the walk and talk the talk before you end up in a place where others can only dream and crave to be. You can never lose through the trailblazing, when you are inspired by God! To walk alone with God is worth more than a million men surrounding you and going with you not knowing where they are going to end up without God." — Abraham Israel

"Evil finds it expression in the fact that God is in sovereign control even when it seems otherwise because of it vileness. God is never out of control of anything and everything, only what He allows beforehand can come in to existence. Evil is the absence of good that originates apart from God, it a choice where God himself steps out of the visibility of his creation by respecting and valuing their choice to let them proceed to live without His foot and hand prints on them, in spite of them all being the works His own hands. They who want to boast in pride saying, we are self-made and are a making of our own in their godlessness, they want none to rule over them, not knowing that all humans are made for God. Until they come to realize that they are made by God, and for God, they will die in their sins and will no more see the light of heaven and the goodness of God hereafter when they will leave this earth. Saints of God, take heart, when it seems out of control, remember God has declared that He is in control of even the smallest details of the universe. Hell is a place where people end up in their after life because God has granted their wish to let them be without God and His Presence. Repent is an action word to turn to God now for those who are alive, the same word in hell is something that people only could just wish they had heeded and turned to God when they were alive on earth." — Abraham Israel

"You can never thank God enough no matter whatever situation you are through. Have an attitude of gratitude, until your very attitude becomes your gratitude towards God and fellow humans." — Abraham Israel

"If we come to believe who God says He is and how we ought to be (i.e.) "I am perfect be ye perfect", even though we do not see a utopia now in our present time within and without, we can at least expect a shadow of it now through God's grace day by day with the hope of seeing it come true through our lives in the future as sure as the sun rises in the east and sets in the west. It is only a matter of time before the promises of God begin to sprout forth in our lives on earth and in the life that continues after this present one. The most important thing with God is, whether we believe what we want to according to our whims and fancies which He rejects, or believe who He says He is, that is, a God who who is only pleased with the right kind of faith based on His word that says He is present now everywhere we cannot see Him, a rewarder of those who believe Him and a God who knows the end from the beginning of time as He was the one who has planned everything for His own purposes to be established for His Glory. The hope of coming alive to live forever in the perfection of God is the greatest hope of the entire humanity! All religions cannot be one, because all belief are not the same, the God who commands faith to reward it tangibly is the one true faith and the purpose of it. Make sure you have the right kind of faith based on believing the Bible which is the Word of God, or else you cannot expect a sure reward but a failed one. Above all make sure your faith pleases God!" — Abraham Israel
-~*'¨¯¨'*•~㊅[ www.apostolicrevelation.info ] ㊅~*'¨¯¨'*•~-

Posted by Abraham Israel I at 9:54 PM No comments: