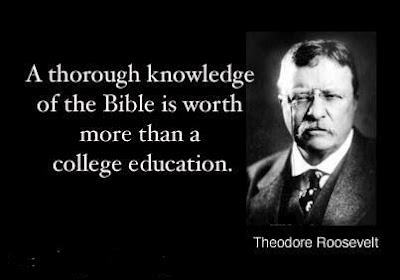 ●☆● Ḡґℯαт ℚυø⊥εṧ ●☆●
"The study of God's Word, for the purpose of discovering God's will, is the secret discipline which has formed the greatest characters" — James W. Alexander
"The Bible is God's love letter to all of us humans in which He has not only revealed His mind regarding His will and purpose of all creation, but also His heart of love that wants each of us to come back to Him for refuge from sin before His judgment begins to take place for sin." — Abraham Israel
"What can I do with respect to the next world without my Bible?" — John Bacon
"The Bible holds up before us ideals that are within sight of the weakest and the lowliest, and yet so high that the best and the noblest are kept with their faces turned ever upward. It carries the call of the Saviour to the remotest corners of the earth; on its pages are written the assurances of the present and our hopes for the future" — William Jennings Bryan
"The Bible -- banned, burned, beloved. More widely read, more frequently attacked than any other book in history. Generations of intellectuals have attempted to discredit it, dictators of every age have outlawed it and executed those who read it. Yet soldiers carry it into battle believing it more powerful than their weapons. Fragments of it smuggled into solitary prison cells have transformed ruthless killers into gentle saints" — Charles Colson
"The Bible grows more beautiful, as we grow in our understanding of it" — Johann Wolfgang von Goethe
"The highest earthly enjoyments are but a shadow of the joy I find in reading God's Word" — Lady Jane Grey
"It is impossible to mentally or socially enslave a Bible reading people. The principles of the Bible are the groundwork of human freedom" — Horace Greeley
"No one ever graduates from Bible study until he meets the Author face to face" — Everett T. Harris
"All human discoveries seem to be made only for the purpose of confirming more and more strongly the truths contained in the Sacred Scriptures" — Sir William Herschel
"The Bible redirects my will, cleanses my emotions, enlightens my mind, and quickens my total being" — E. Stanley Jones
"The vigor of our spiritual life will be in exact proportion to the place held by the Bible in our life and thoughts." — George Mueller
"What makes the difference is not how many times you have been through the Bible, but how many times and how thoroughly the Bible has been through you" — Gipsy Smith
"Nobody ever outgrows Scriptures; the Book widens and deepens with our years" — Charles Haddon Spurgeon
"The Bible is superior to all other religious books in content. It sets up the highest ethical standards, enjoins the most absolute obedience, denounces every form of sin, and yet informs the sinner how he can become right with God. How could uninspired men write a book like that?" — Henry Thiessen
"The Bible is the Book of faith, and a Book of doctrine, and a Book of morals, and a Book of religion, of special revelation from G-D; but it is also a Book which teaches man its responsibility, his own dignity, and his equality with his fellow man.
The moral principles and precepts contained in the Scriptures ought to form the basis of all our civil constitutions and laws.
All the miseries and evils which men suffer from vice, crime, ambition, injustice, oppression, slavery, and war, proceed from their despising or neglecting the precepts contained in the Bible.
The Bible is the chief moral cause of all that is good, and the best corrector of all that is evil, in human society; the best Book for regulating temporal concerns of men, and the only Book that can serve as an infallible guide to future felicity." — Noah Webster
"This Book (the Bible) had to be written by one of three people: good men, bad men or God. It couldn't have been written by
good men because they said it was inspired by the revelation of God. Good men don't lie and deceive. It couldn't have been written by bad men because bad men would not write something that would condemn themselves. It leaves only one conclusion. It was given by divine inspiration of God." — John Wesley
"A man has deprived himself of the best there is in the world who has deprived himself of this knowledge of the Bible." — Woodrow Wilson
--^[ www.apostolicrevelation.info ]^--