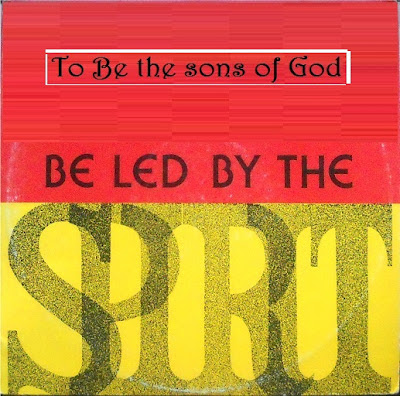 Praise the Lord dear friends! As I had a intense hunger and desire to grow spiritually and asked God for supernatural growth in my early twenties, little did I realize that God will send a intense suffering to make me grow. Just after I finished my Engineering, I got in to a computer company as a trainee. But at that time my ambitions were to do well financially and give God some money out of the abundance I planned to earn. Even had a desire to build Churches and help the mission of reaching people with the good news which had saved me in my childhood days and has taught all good things in life. But suddenly an intense storm of physical infirmity in the form of Hyper Thyroid in life threatening proportions hit me. I was devastated and became broken inside out. I was severly depressed as I saw many of my year mates and others doing well in their lives, yet here I was sitting in a hopeless situation and dire straits.

At that time of great trial, little did I realize that God did not want me to run a meaningless rat race like many do in the corporate world of emptiness, where depression creeps in to people's soul later in their lives without God. During the time when we were small at the end of 20th century, people used to speak about mid-life crisis where people at the age of fifty will have earned all things they have pursued and lived for in their lives, but full of void and emptiness of depressive nature filling their lives and making their lives miserable. But in our times in the twenty first century, people who go in to corporates earn all that their heart desires even before they reach the age of twenty five. But the sad thing is, now half life crisis have got worsened to quarter life crisis, where young men having all things of this world do not know how to fill the void that has come so greatly in to their hearts. The more people try to substitute the God given purpose for their lives with their own well planned blue print for their own future, the more clueless they will become spiritually in their lives as time passes on.

I thank God that I came to realise through the voice of God that came to me in a vision in the afternoon while I was sleeping due to strengthlessness caused by the sickness. In that vision I was instructed by God to apostolically work for Him. I did not know which work to do for God. Things like helping the poor people, taking care of orphans and widows, financially supporting the Church, preaching and teaching the word of God are all the work of God equally. So again I was in a dilemma knowing not what work I should do. I did not know at that point of time that God unfolds His plans step by step, year after year and decade after decade as we continue to walk with Him. In the midst of such a Crisis, I asked God to supernaturally lead me by His Spirit if he wanted me to work for Him. As I started to believe in the voice of God and began to work towards His plan for my life, God started leading me supernaturally through His Spirit. I began to understand the plans of God clearly as I started to push my self towards the fullfillment of it. God supernaturally baptized and filled me with His Spirit, inspite of me coming up in a denomination that has never believed that the evidence of Spirit filling is attested by a supernatural tongue speaking utterance which the Holy Spirit gives. From that point of time, I HAVE BEEN SUPERNATURALLY FILLED BY THE SPIRIT AGAIN AND AGAIN AS I CONTINUED TO SPEAK TO GOD IN THE PERSONAL TONGUES THAT CAME AS A GIFT WITH THE HOLY SPIRIT BAPTISM, WHICH ONLY GOD UNDERSTANDS AND NO ONE IN HEAVEN OR EARTH WILL BE ABLE TO EAVESDROP IN TO IT (1 Cor 14:2). Because of the great spiritual edification that I received ever since in my soul, God's powerful gifts have manifested in my life through the supernatural leading of the Holy Spirit. I thank God and praise God that I did not lethargically just stay as a child of God practicing the same basic elementary principles of Christ forever as I did since my childhood days, but chose to move on to unchartered in-depth spiritual territory as the son of God, being led by THE SPIRIT OF MY GOD (Heb 6:1-2). God gave me faith to prophesy and speak as the oracles of God (Rom 12:6; 1 Peter 4:11). I believe what God has done in my life for the past decade is just the beginning. I pray and hope that you will all be a part of my blessed journey with OUR GOD, LORD AND SAVIOUR JESUS CHRIST in the coming days. I want you all to be blessed as much as I am and even go higher than me if possible. May the grace of our Lord Jesus and the love of God the Father and the communion of the Holy Spirit abide and bring great rest to you in your spiritual journey with God (2 Cor 13:14).

Posted by Abraham Israel I at 5:47 AM