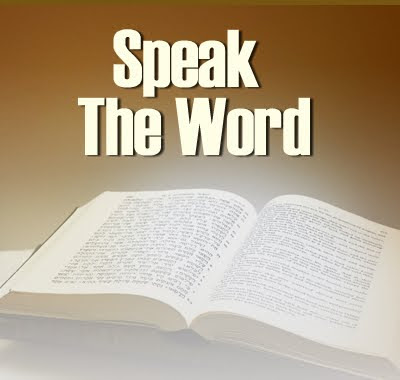 Ѧ℘☺﹩☂◎łḯ¢ €ϰ℘øüηḓ : I remember the time in my early twenties when I was drawn by God in to ministry, I was a man like Moses who felt that I had not ability to speak before people (Exod 4:12). I remember telling to God that I cannot speak and that I am ready to do anything other than this, the Lord gave great encouragement by telling me that all I need to do was open my mouth and He will speak through me. At first it was nice to hear what God was saying, but then God was beginnning to constantly quicken me to speak about God and Bible to every one I met. I was seeing all the programs in the christian television that was coming to India exactly at that time of the beginning of this century. Something supernatural was happenning in my life and I was not able to grasp it fully.

Since childhood I would partake in all sunday school programs and I would do a great drama pratice and act wonderfully well until the real day of performance for the special occasion would come. Once I get on to the stage to perform and see all the people in the Church, suddenly inhibition would start to control me, I would start to blabber and immediately forget all the things which I would have had in my mind till then. This would be greatly distressing to me afterwards. This also always happened whenever I would meet new people or stand before people to speak. As a result of getting embarrased before people, I would avoid such situation altogether. Whenever people would come to our house, I would be slipping out rather than to meet them.

But then God set a good plan to take me before young people and speak His Word. Once a deacon and elder in our Church at that time was speaking with me casually about Bible and suddenly he invited me to come and speak before young people who would gather in his house prayer meeting. At that time I was taking medication for hyper thyroid which increased three times more than normal level. I felt very bad and thought what I feared had come upon me like Job the man of God (Job 3:25). But then it was a embarrassing situation in which I cannot give any reason not to go over to that prayer meeting. So some how I told God that I need His help and I believe that You will do what You have told me. I had peace about it in my heart. So I went to the meeting and gave a poor introduction by saying, 'Hello..I am not a veteran but just a amateur to speak about Bible.' The same old inhibition came upon me at that time, but suddenly I began to speak about God and the Bible for the next fortyfive minutes. I was not able to finish the message. GLORY TO GOD! Truly God is good and faithful to speak through me and bless people. It was awesome experience and has continued ever since. TODAY IF YOU ARE DISCOURAGED TO MEET SOMEONE WHO HAS WRONGED YOU OR FEEL FEARFUL TO STAND BEFORE PEOPLE AND SPEAK ABOUT JESUS, I ENCOURAGE YOU TO OPEN YOUR MOUTH BY FAITH AND GOD WILL FILL YOUR MOUTH WITH HIS DIVINE WISDOM AND WORDS TO TOUCH, BLESS AND ENCOURAGE PEOPLE FOR THE GLORY OF GOD!!! Never forget to do the thing you fear and the death of fear is certain.