Who Is Jesus To You? 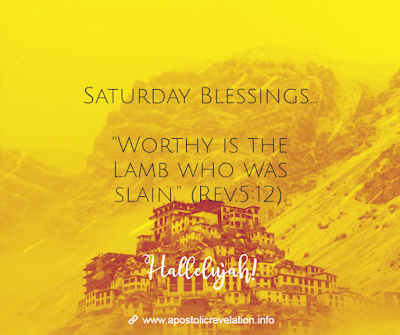 The problems with humans is lack of revelation that makes them blind to God and his realities. Most people think Jesus just as another person on earth just like us, this is only a partial truth. Partial truth cannot give full blessings to humans as believing the whole truth will. Jesus was fully human in his incarnation, and he was fully God. But the reality is, he made a pact with the Father while in his eternal round table within the Trinity, where He agreed not to use the rights as God but will choose to humble himself and limit himself as human so that the humanity who has lost the connection with God within them could regain that connection through his sacrificial perfect God pleasing life that He will live on earth for the Glory of God without sin.

True to the pact within the Trinity, the Holy Spirit took Jesus who stripped off his eternal power by his own choice as God and was placed within flesh and was conceived to become a fetus like any other human inside his mothers womb and was delivered on time through her as a helpless baby on earth. Thus according to God's prophetic prediction, a virgin brought forth the Son from heaven to deliver as a human baby. Jesus walked in perfect obedience to his earthly father and mother as he grew up to work with his father as a carpenter, and later after thirty years of age he submitted to the purpose of God through baptism, after which the sins of the world was placed by God on Jesus and was carried to the Cross where He was sacrificed like a sinless Lamb before the Father in heaven which appeased his justice and brough forth the forgiveness of sins and his mercies to all humans.

As he did ministry in the nation of Israel according to the foreordained plans of our Heavenly Father, through the anointing that God had for Him, he did heal the sick, leporous and other needy people, did signs of food multiplication to a multitude, calmed the sea and hushed the storms, walked on the water, opened the eyes of the blind, raised the dead, forgave people their sins, made the lame to walk, etc..infinitely. But in all these instances, he did not act by self, but by the instruction of His Heavenly Father through the Holy Spirit as a perfect man in obedience which pleased the Father God in heaven hundred percentage. Thus he became the worthy Lamb of God who was slain for the salvation of the entire humanity! Since then God has continued to forgive the sins of all humans who have believed in his name, Jesus was lifted up as the highest name of honor in the whole universe and was seated at the right hand of power to control the whole universe for the Glory of God. Though Jesus was God the Son already, It is for you and me that Jesus lowered himself to become a human, so that we who have been created by God but lost from Him by our sins could again become the sons of God! Hallelujah!

LET US PRAY SAINTS: Dear Heavenly Father, I thank you and praise you for sending Jesus to earth and live a perfect life and die as a sinless Lamb so that I could be redeemed and forgiven from my sins and thus live for your glory. If it were not for Jesus, I would have been to eternal doom because of all my sins. Help me now live a life that will show to the world that Jesus my Christ is worthy of all homor, glory and praise. In Jesus wonderful name I pray. Amen!

"If Jesus the Christ is just a historical man in your thoughts and mind, you need revelation from God through His truth to see Him as God in the flesh! Seek God until you could see Jesus as perfect God and perfect Man who is your Mediator before Him, so that you could live in the blessings of believing the whole truth that could enlighten you for eternity and not a partial one that keeps you in darkness." — Abraham Israel


Posted by Abraham Israel I at 8:12 PM No comments: